The Supreme Court of India is a powerful judiciary. The Constitution of India has defined its jurisdiction and powers in detail, it has Original.

Appellate and Advisory Jurisdictions Besides these jurisdictions, it has a few other important functions.

These jurisdictions and functions may be discussed under the following categories:

The original jurisdiction of the Supreme Court is mainly confined to cases regarding the interpretation of the provision* of the Constitution which arise between the Union and the States or between the States themselves. No other Courts can entertain such cases. 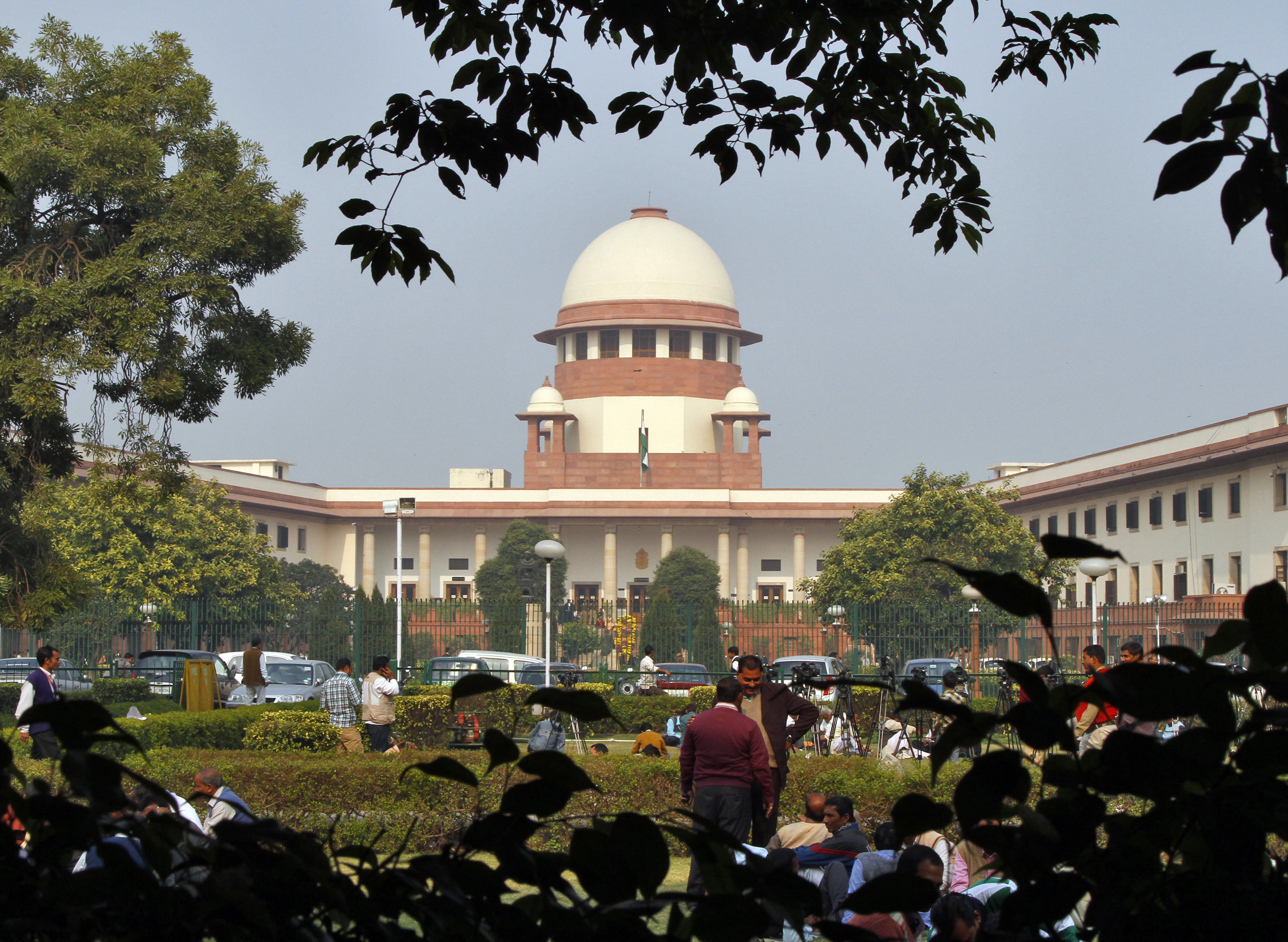 The Supreme Court has exclusive jurisdiction in the following types of cases:

(a) Disputes between the Government of India and one or more States.

(c) Disputes between two or more States which involve any question of law or fact on which the existence or extent of a legal right depends.

Thus, the original jurisdiction of the Supreme Court includes the cases where either the Union and Units or the federating units are parties. Here the Supreme Court may safeguard the State Governments against the Central encroachment or vice-versa. The Supreme Court is thus expected to act as a balance-wheel in our federation.

The original jurisdiction of the Supreme Court does not include disputes between citizens of different States or those between one State and the resident of another State. Such disputes may come before it under its appellate jurisdiction.

The Supreme Court can admit Ian appeal from all High Courts if the High Court certifies that the case involves a substantial question of law as to the interpretation of the Constitution.

Where the High Court has refused to give inch a certificate the Supreme Court may, if it is satisfied that the case involved substantial question of law as to the interpretation of the Constitution, grant special leave to appeal from such Judgment, decree or final order.

Such a certificate is given or such leave is granted, if any party in the case made appeal to the Supreme Court on the ground that the question has been wrongly decided or on any other grounds.

(i) That the case involves directly or indirectly some claim of property of important nature, or

On the judgment of a High Court on criminal cases, appeal can be made to the Supreme Court if the High Court –

(i) Has on appeal reversed an order of acquittal of an accused person and sentenced him to death, or

(ii) Has withdrawn for trial before itself the cases from any Court subordinate to its authority and in such trial convicted the accused person and sentenced him to death, or

It means that the leave to appeal may be granted to any case without having the necessary limitations enumerated above. The power of the Supreme Court to grant special leave to appeal is not subject to any constitutional limitation.

As D. D. Basu writes, “broadly speaking the Supreme Court can exercise this power to grant leave to the aggrieved party in case where the principles of natural justice have been violated even then the party may have no footing to appeal as of right.”

Further the Constitution provides for the enlargement of the jurisdiction of the Supreme Court by an act of Parliament. The Parliament may, by law, confer on the Supreme Court power to issue directions or writs for any purpose other than the enforcement of fundamental rights.

It again may, by law, make provision for conferring on the Supreme Court such ancillary powers as may be necessary to enable it to perform the functions placed upon it under the Constitution. But such law of the Parliament must not be inconsistent with any provisions of the Constitution.

Besides the original and appellate jurisdictions enjoyed by the Supreme Court, it has also advisory jurisdiction on matters of constitutional importance. Article 143 of the Constitution provides that if at any time the President thinks that a question of law or fact has arisen or is likely to arise, which is of such a nature and of such public importance that it is expedient to obtain the opinion of the Supreme Court upon it, he may refer the question to the Supreme Court for consideration and the Court, after such hearing, as it thinks fit, reports to the President its opinion thereon.

This provision is included in our Constitution to enable the President to take a decision in the light of the judicial opinion in matters in which he may have doubt. To a certain extent the similar jurisdiction is possessed by the Canadian Supreme Court.

Some of the important references made to the Supreme Court by the President are:

(ii) The Indo-Pakistan Agreement in respect of Beru-Bari Union and the exchange of Cooch-Bchar Enclaves (1960).

(iii) The conflict between the U.P. Legislature and the Allahabad High Court (1964).

(v) Conflict between union Executive and the Election commission over Gujarat election (2001).

It may be relevant to note that the Government have accepted the advisory opinion of the Supreme Court as authoritative and amended the Constitution wherever necessary.

4. The Supreme Court as a Court of Record:

The Court of Record in popular sense means a superior Court whose decisions and judicial proceedings have evidential value and cannot be questioned by any other subordinate Court. Further, the Supreme Court has power to punish individuals for its contempt.

The Supreme Court is authorised with the approval of the President of India and subject to any law made by the Parliament, to make rules for regulating the practice and procedure of the Court.

These mainly include the rules regarding the practice of persons before Court, the procedure for hearing appeals, granting of bail, stay of proceedings etc. The Supreme Court has also the power to review its own decisions and orders and thereby may rectify the wrong if any in its judgment.

This power to review its own judgment is necessary because there is no appeal against its judgment. This power is, however, subject to the provisions of laws made by the Parliament or rules made by the Supreme Court.

5. The Supreme Court as the Guardian of the Constitution:

The Parliament and the State legislatures are supreme within their respective spheres. The Executives are made subservient to constitutional laws and regulations. If some of them exceed their limited authority the Supreme Court has power to restrict them.

The final interpretation of the Constitution is left to the Supreme Court. Chief Justice Hughes of America once remarked, “Constitution is what the judges say it is”‘. This idea holds true in almost all federal Constitutions.

The Supreme Court took quite a liberal view and took the stand that matters could be raised even without formally filing a suit. Even letters or telegrams to the Supreme Court by socially conscious citizens or organisations may be treated as writ petitions.

Former Chief Justice of India P.N. Bhagawati laid emphasis on public interest litigation. In 1982 the Supreme Court itself admitted in a case that “it is necessary to demonstrate judicial remedies, remove technical barriers against easy accessibility to justice and that it would readily respond even to a letter addressed by such individual acting pro bono public. No doubt, the Supreme Court has given various reliefs for the poor, uneducated, disabled and helpless people under the public interest litigation.

Besides the above functions, the Supreme Court of India also performs certain other functions. As per Article 138 of the

The apex court has also the special jurisdiction to decide disputes relating to the election of the President and Vice-President of India. Another special power of the Supreme Court is to enquire into the misconduct of the Chairman and members of the Union Public Service Commission. Again as per Article 141 of the Constitution, the law declared by Supreme Court shall be binding on all courts within the territory of India.