Due to suitable relief, favourable climatic conditions, fertile soils and a long growing season, India can grow a large variety of crops. The crops can be grouped into the following categories:

Rice is the most important food crop in India. It is the staple food for millions of people living in the eastern and southern parts of the country. India has the largest area, about 45 million hectares, under rice cultivation in the world. India is the second largest producer of rice, next only to China. 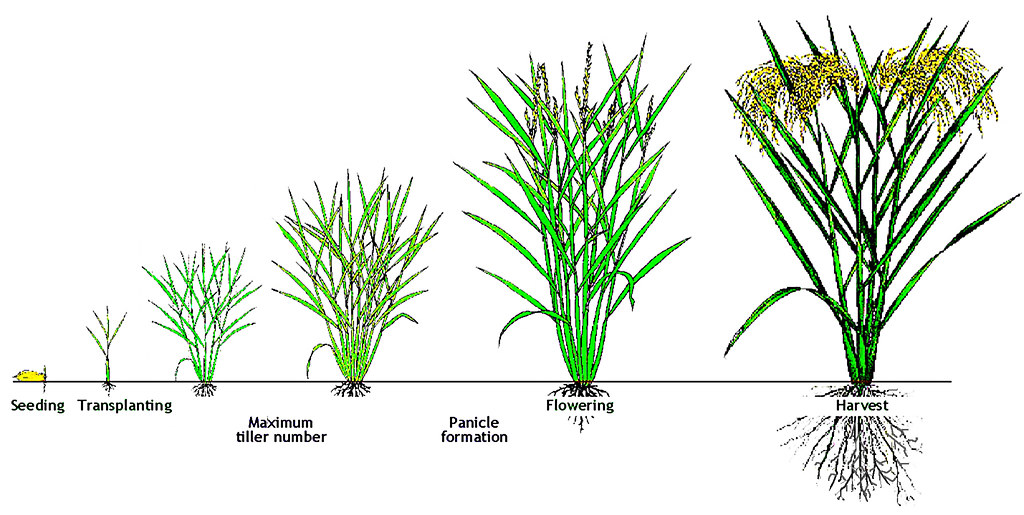 Conditions for Growth of Rice:

Rice is a tropical plant and a kharif crop. It grows well under the following conditions:

iii. The rice fields should be flooded at the time of sowing and also during the early stages of growth.

iv. Rice needs plain level areas, but in the hilly regions it is also grown on terraced slopes.

v. Rice grows well in the non-porous deep fertile clayey or loamy soil of the river valleys, flood plains, coastal plains and deltas which are capable of holding water.

vi. It needs abundant cheap labour force as most of the work is done manually.

Thus, we can say that rice needs plenty of heat, water, alluvium and labour to provide food for plenty of people.