It seems rather unnecessary to say that important steps should not be taken without careful consideration; but experience shows that such steps are often taken from caprice or without serious thought.

It is not an infrequent thing for a young man to decide his future on the toss of a coin, to make choice in this way between two professions, to decide whether he shall stay at home or emigrate, or whether he shall accept this or that appointment.

Most boys have to earn their living some day or other, and it is vital importance that they should choose that type of work which they can do best. For those who have a decided bent there little or no difficulty, except that they should consult their Parents and friends in order that they may know what kind of market there will be for their work.

Others who evince no par­ticular leaning should exercise greater care, in order that they may find out what they can do best, and what is likely to be remunerative. 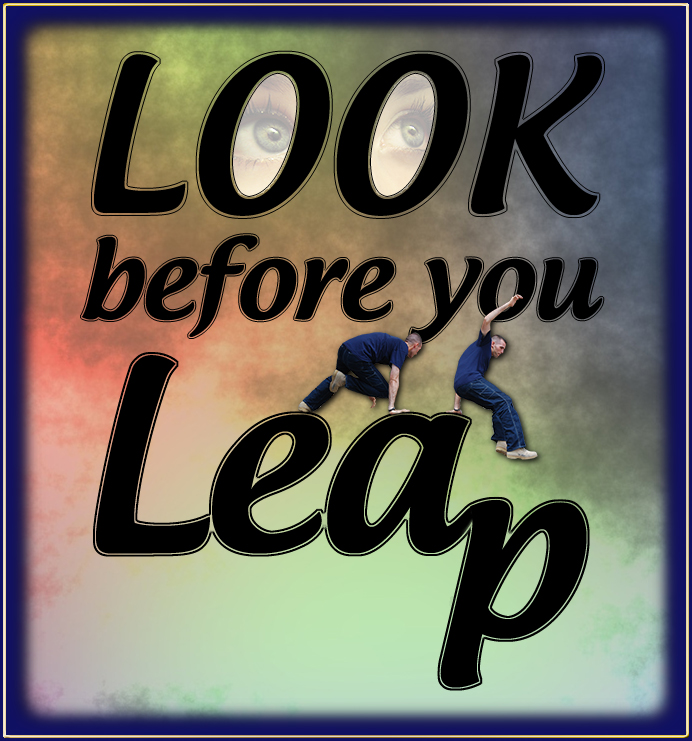 Too often men find themselves burdened with a profession into which they cannot put their whole heart, or which, from overcrowding or other causes, will not bring them in suffi­cient for a decent livelihood, and bitterly they repent the hastiness or carelessness of their youth.

“Look before you leap” is a maxim which can be applied in every sphere of life. The folly of the man who makes friends without observing their characteristics, or enquiring into their past lives, cannot be too strongly condemned.

He that hastily and thoughtlessly accepts a plausible friend, only to find subsequently that he is unworthy of friendship, has only his own carelessness to blame.

No one in business would think of lending money without security to a sharper he knew nothing about, and why should affection and trust be lavished on others without previous enquiry into their worthiness?

Who with money to invest would buy a partnership in a business without inspecting the books, and making the fullest investigation into the way in which the business was conducted, and its prospects of extension and profit?

The same principle applies to all departments of thought. How feeble must be the intelligence of the man who accepts ready-made opinions on politics, religion or philosophy! Every patriot must feel that it is his duty to consider for himself without prejudice what state policy he should support.

The man who gathers his opinions from the daily press, without considering their truth or value, is an unworthy citizen, and pros­titutes the intellect that God has given him. There are two questions of absorbing interest to him, the rules by which this life should be lived and what is to happen after death.

Those who jump to conclusions on these questions without thinking for them­selves, without weighing the opinions of others, or testing the evidences upon which their religion is based, can plead no excuse for their errors.

They are dangerous exponents of their policy of religion, if they are unable to give satisfactory reasons for their adoption.