At the very outset, it would be apt to remark that errors generally arise out of the innocence or carelessness on the part of those responsible for the preparation of accounts, while fraud involves some intention to gain out of manipulating records. 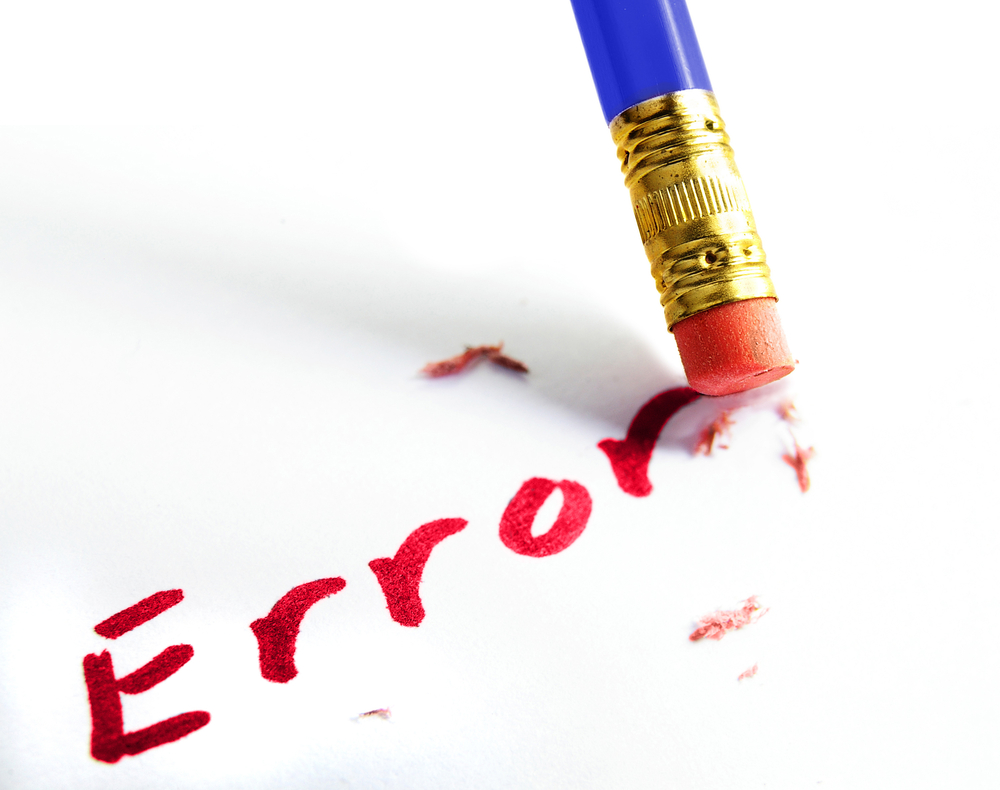 Errors of omission generally arise due to the mistake of a clerk. If a transaction has been omitted from being entered in the books of accounts, wholly or partially, it is an example of error of omission.

There are items like purchases or sales which ought to have been recorded in the books of accounts but due to oversight or carelessness, they have been wholly omitted from being recorded.

Apart from these, there are cases where items remain partially recorded, e.g., (i) the rent or interest may have been paid for 10 or 11 months and the remaining part of it which is unpaid or outstanding has not been recorded in the journal.

It is, of course, true that such a mistake can be detected by careful audit but this is after all a case of clear omission, (ii) Secondly, if an item has been recorded in the journal but has not been posted in the ledger; error of omission may also arise. Really, this is an example of omission in ledger-posting in which a transaction has been recorded but not posted to the relevant accounts in the ledger.

Errors of commission usually arise through negligence in the matter of recording some business transactions in the books of accounts. They are the outcome of a sort of wrong doing on the part of clerks. If an item is incorrectly recorded in the journal or posted in the ledger, it is an error of commission.

The following are some examples of errors of commission:

(i) Incorrect Recording-Wholly or Partially:

When a transaction though recorded in the journal has been wrongly entered in the books of original entry, error of commission is said to arise, e.g., a sale of Rs. 100 is entered in the sales book as Rs. 10. Such an error does not affect the Trial Balance.

(ii) Incorrect Posting or Posting an Item to a Wrong Account:

This is another example of error of commission. It is possible that a transaction may be entered correctly in the journal, but when posted in the ledger, a wrong amount may be entered, e. g., sale of Rs. 100 may be written as Rs. 10 to the debit of the customer’s account, thus debiting Rs. 90 less than the real figures.

The effect of this erroneous posting on the Trial Balance would be that the debit side would be short by Rs. 90 and it would show a difference.

Similarly, a wrong account may be debited instead of another when there is nothing wrong on the credit side. When an amount of Rs. 100 is posted to the debit of Mohan’s account instead of Ram’s account to whom goods are actually sold, error of commission may creep up by posting an item to a wrong account.

Such an error will not affect the agreement of the Trial Balance.

(iii) Errors in Totaling and Balancing:

Other Examples of Errors of Commission:

(vi) When an entry in a book of original entry has been made twice and is also posted twice, error of commission is said to arise. Some writers call such an error as an error of duplication. In fact, it is also a case of error or commission. Such an error will not affect the trial balance.

(vii) When an item is posted to only one side of a ledger account, it is a case of error of commission. Such a mistake will affect the trial balance.

(viii) When a wrong figure is entered in a particular account, error of commission may arise and it has its effect on the trial balance.

Compensating errors arise when an error is counterbalanced or compensated by any other error or errors so that the adverse effect of one on debit or credit side is neutralised by that of another on credit or debit side.

Such errors also creep up when an under casting of an account is counterbalanced by the overcastting of another account to the same extent and on the same side. Compensating errors will not affect the trial balance and, as such, will not be detected easily. Hence, their detection requires a complete and exhaustive preparation on the part of an auditor.

Errors of principle generally arise out of a disregard for the principles of accountancy. Such errors are sometimes committed intentionally to falsify and manipulate accounts with an objective of showing more or less profits than their actual figures.

The following are some of the examples of such types of errors:

(i) Incorrect Allocation of Expenditure between Capital and Revenue:

When revenue expenditure is treated as capital expenditure and profits are inflated thereby, it is a case of error of principle. For example, if repairs to machinery are treated as an addition to it in the Machinery Account, it would be an error of this nature.

The result would be an increase in the cost of machinery without any charge on the Profit and Loss Account and, as such, the Balance Sheet would not exhibit true and correct position of the business.

When an item of wages is posted to general expenses account and similarly, an amount on salary account is posted to Advertisement Account, such errors culminate in accounts. Such errors will not affect the ultimate profit and hence, are said to be minor errors of principle. But after all, accounts of a concern are falsified and become incorrect.

(iii) Posting an Item of Revenue or Expenditure to a Personal Account:

If rent paid to a landlord is posted to the debit side of his personal account, it is an example of error of principle. The result of such an error would be that profits would be inflated and the Balance Sheet would be wrong.

(iv) Valuation of Assets against Fundamental Principles of Accountancy:

When different types of assets are not valued in accordance with the principles of accountancy, major errors of principles arise and directly affect the profit and ultimately the Balance Sheet.

Other Examples of Errors of Principle:

The following are some examples of errors of principle:

(i) Provision for inadequate or excess depreciation;

(v) Wrong provision for bad and doubtful debts; and

Fraud is really a false representation or entry which is made always intentionally with some mischievous objectives. Fraud may be mainly of two types:

Misappropriation of Manipulation of accounts

(i) The theft of cash receipts and petty cash.

(ii) The theft of cheques and other negotiable instruments.

(iii) Payments made to fictitious creditors or workmen.

Misappropriation or defalcation of cash is a very easy affair.

Anybody with a little skill on his part can misappropriate money, especially in a big business-house where the contacts between the proprietor and the persons handling cash are not as close as in the case of a small proprietary business.

A transaction relating to the receipt of cash may either go totally unrecorded or recorded at a figure less than the actual one in the Cash Book and, thus, the total or a part of the cash may be pocketed by the cashier.

Similarly, it is possible to record false payment of money and to enter cash payment at more than the actual figure. In this way, there may be concealment of money by the cashier.

Thus, in a big business, strict control should be exercised over the receipt and payment of cash so that there may be a system of checking the work of one clerk automatically by another.