Essay on the Relationship Between Sociology and Criminology – Criminology refers to “the study of criminal behaviour” of man. The French anthropologist P. Topinard seems to be the first man to use the term criminology in his writings towards the end of the 19th century.

Criminology refers to “the study of criminal behaviour” of man. The French anthropologist P. Topinard seems to be the first man to use the term criminology in his writings towards the end of the 19th century. However several studies in penology and the treatment of offenders had been made still earlier. Even studies on crime were also made earlier.

“Scientific study of law breaking and serious attempts to uncover the causes of criminality has usually taken place within an area of study called “criminology”, which is concerned with the objective analysis of crime as a social phenomenon. Criminology includes within its scope inquiry into the process of making laws, breaking laws, and reacting to the breaking of laws”- Don C. Gibbons 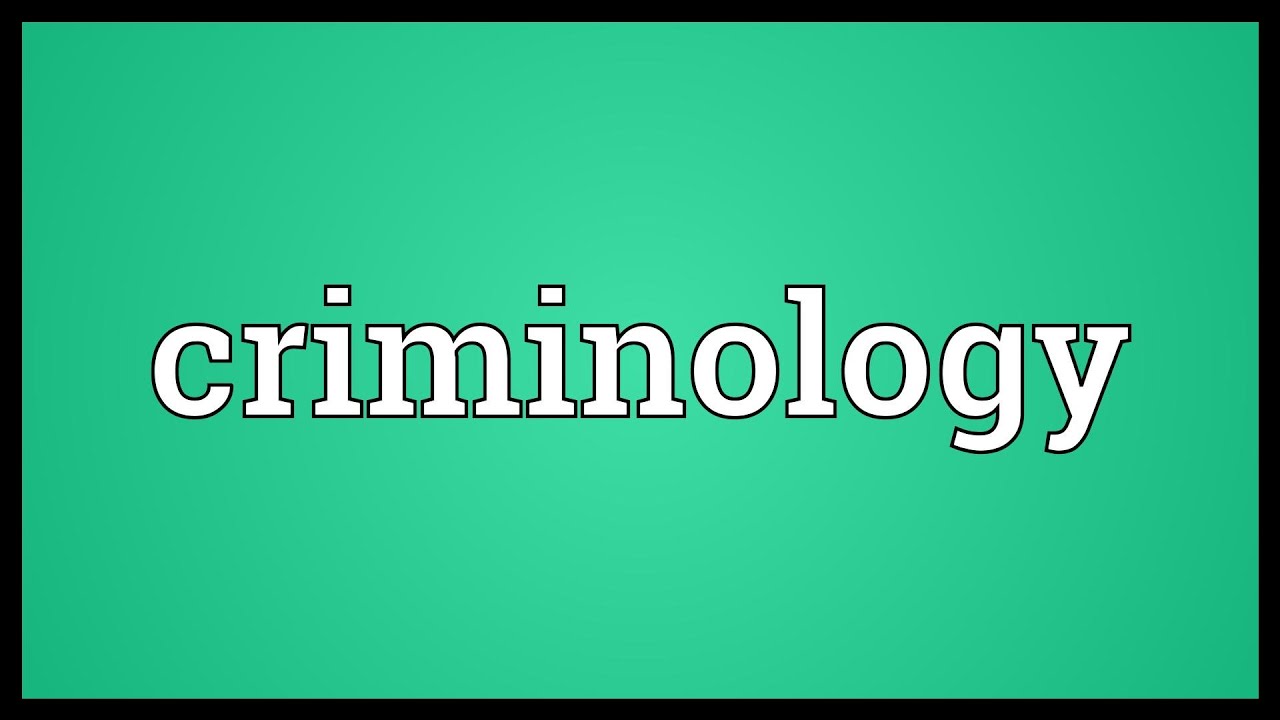 The Tasks of Criminology:

As G.B. Trasler has pointed out in “A Dictionary of Sociology” edited by D. Mitchell criminol­ogy embraces the studies of:

1. The nature, forms and incidence of criminal acts, and of their social, temporal and geo­graphic distribution;

2. The physical and psychological characteristics, histories and social origins of criminals and of the relations between criminality and other abnormalities of behaviour;

3. The characteristics of victims of crime;

4. Non-criminal and anti-social behaviour, (particularly, the acts such as homosexual conduct, adultery, prostitution, etc., that are regarded as criminal in some societies and not in others);

5. The procedures of the police and of the criminal courts including the social influences upon the decisions of the judges;

7. The social structure and organisation of penal institutions; ,

8. Methods of preventing and controlling crime (The last four fields of study are commonly grouped under the general name penology).

Some writers have even included within the domain of criminology the science of criminalistics, i.e., of methods of identifying crimes and detecting offenders. In the same way, studies of the origins and development of the criminal law and of public attitudes to crime and criminals- are also in­cluded in it.

Criminology has its Roots in Sociology:

The terms “Criminology” and “Criminologist” are most commonly used in the study of crimi­nality as a form of social behaviour. Those sociologists who specialise in this topic are called “Crimi­nologist?”

Sociologists interested in the study of law-violation as a form of social behaviour have made lot of sociological propositions and collected research evidence about criminality.

Historically, in the U.S.A., a relatively small, specialised group of sociologists inquired into criminology. Today, there is good deal of interest in criminological topics, as witnessed in the works of students of deviance, large scale organisations and sociology of law.

That is, the social origin of law and societal reactions to it are being studied in a number of areas within sociology. Sociologists continue to evince interest in the phenomenon of criminality and public responses to it. They are trying to throw more light on the different facts of criminality.

Criminology has its roots in the disciplines of sociology, psychology, psychiatry and law. It is also indebted to economics, political science and other sciences. Criminologists have drawn upon the varied contributions of these established sciences in order to pose economic, political, legal, sociological, psychological and other kinds of questions about crime and responses to it.

Criminology borrows heavily from the work of sociologist. Because a good deal of theoretical and research work that has been done on causes of criminality and the organisation of criminal justice agencies and processes has been carried on by sociologists, many of whom call themselves “Criminologists”. Further, the sociologists have had much to say about rehabilitation efforts and treatment programmes.

The Sociology of Criminality:

Criminal behaviour is similar to any other social behaviour in the sense it springs from the same social set up or environment. No individual is born as a criminal, but he may become one because of the provocative social set up. Still, all those who live in such a kind of set up never invariably turn out to be criminals.

Hence the discovery of the causes of crime including juvenile delinquency has been the principal task of criminologist-sociologist. His major aim is to develop a body of generalisations or propositions accounting for criminality. This task is a many faceted one. Two main aspects of this task a sociologist has to do:

(1) The first has to do with the development of explanations for the kinds and degree of criminality observed in society. “Sociological studies of neighborhoods in which there are high rates of delinquency, have thrown light on environmental correlates of delinquency and crime.” (2) The other centre about discovery of the processes involved in the acquisition of criminal behaviour patterns by specific individuals. The field of sociology of criminality has become quite interesting and challenging in the wake of modern civilisation.

Sociology and Criminology are matually Supportive:

It is made abundantly clear from the above explanation that sociology and criminology are mutually contributory. Criminology, which can be called a branch of sociology, concentrates on only a part of the social life of man, that is, the criminal life.

A criminologist is basically a sociolo­gist. He looks at criminal behaviour mainly from the social point of view. He makes use of sociologi­cal concepts and techniques in his inquiry. Criminological studies have influenced the sociological view towards crime, criminal and rehabilitation of criminals. Criminological studies have convinc­ingly proved the sociological view that criminality is basically a social product. Crime, the subject- matter of criminology, is after all, a social phenomenon. As Durkheim stated we do not disapprove of an action because it is crime, but it is a crime because society disapproves of it.

Essay on the Social Stratification
Essay on Marxian Analysis of Class