The survival and smooth functioning of the society is possible only when there exist in it social harmony, social solidarity and social order. Social harmony or solidarity is not an automatic devel­opment.

Conformity to norms must prevail over the self-seeking impulses of the people. Group welfare or societal welfare must take precedence over individual pleasures. Individual by himself cannot do this. 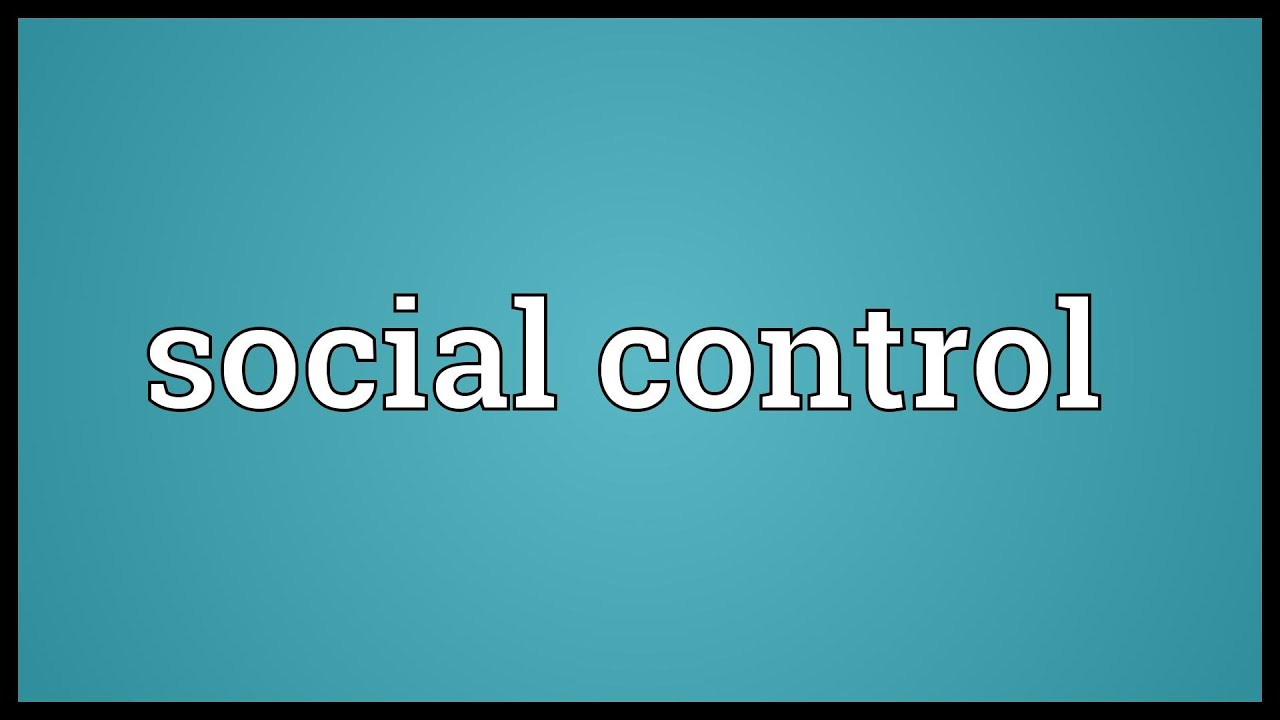 Ac­cording to Ross, the individual has deep-rooted sentiments that help him to cooperate with other fellow members to work for social welfare. These sentiments are sympathy, sociability and a sense of justice. But these sentiments by themselves are not enough to suppress the self-seeking impulses of the individual.

Society has to make use of its mechanisms to accomplish the necessary order and discipline. Ross has stressed upon the roles of public opinion, law, belief, suggestion, religion, ide­als, ceremony, etc. in establishing social control.

“Social Control is the sum total of the processes whereby society, or any sub­group within society, secures conformity to expectation on the part of its constituent units, individu­als and groups”.

“Social Control refers to the “system of devices whereby society brings its mem­bers into conformity with the accepted standards of behaviour”.

“Social Control is the sum of those methods by which a society tries to influence human behaviour to maintain a given order.”

4. Ogburn and Nimkoff has said that social control refers to “the patterns of pressure which a society exerts to maintain order and established rules.”

‘Social Control’ is a collective term used to refer to “those processes planned or unplanned, by which individuals are taught, persuaded or compelled to conform to the usages and life-values of groups”.

6. G.A. Lundberg and others have said that social control designates “those social behaviours which influence individuals or groups toward conformity to established or desired norms”.

The above-mentioned definitions suggest that social control consists of the following essential aspects:

(i) Social Control denotes some kind of influence:

The influence may be exercised in vari­ous ways by means of public opinion, coercion, religion, morality, ideology, leadership, etc.

(ii) The influence is essentially exerted by the society or community:

(iii) The influence is exercised for promoting the welfare of all the individuals or of the group as a whole:

Social Control is not aimless. It is there to serve the general interests of all and to curb the dangerous selfish interests of those who try to satisfy them.

(iv) The influence of the society has been there since times immemorial:

Social Control is as old as human society. It is an essential condition of the human society. In the absence of social control no society can ever hold together its members for any length of time.

(v) The influence is universal:

Where there is society there is social control. It is there even in the so-called uncivilised, barbaric and cannibalistic societies.