Law and morality differ from one another in content, sanction and definiteness. Morality embraces the whole life of man, his thoughts and motives as well as his actions.

Law is concerned only with the outward acts of man and has nothing to do with his thoughts and motives; it is objective whereas morality is subjective. Thoughts and motives, only when exhibited in actions, come within the purview of law.

To tell a lie or to be angry are immoral acts, but unless I cheat someone by telling a lie, I am not guilty of doing anything illegal. Similarly, as long as I confine my anger to my own self, or simply express it in words, I do not do anything contrary to the laws of the State.

But, if I inflict an injury on the person of someone in a fit of anger or abuse and defame him publicly, through spoken or written words, my action is against the law of the State and I can be punished for a breach of the law. 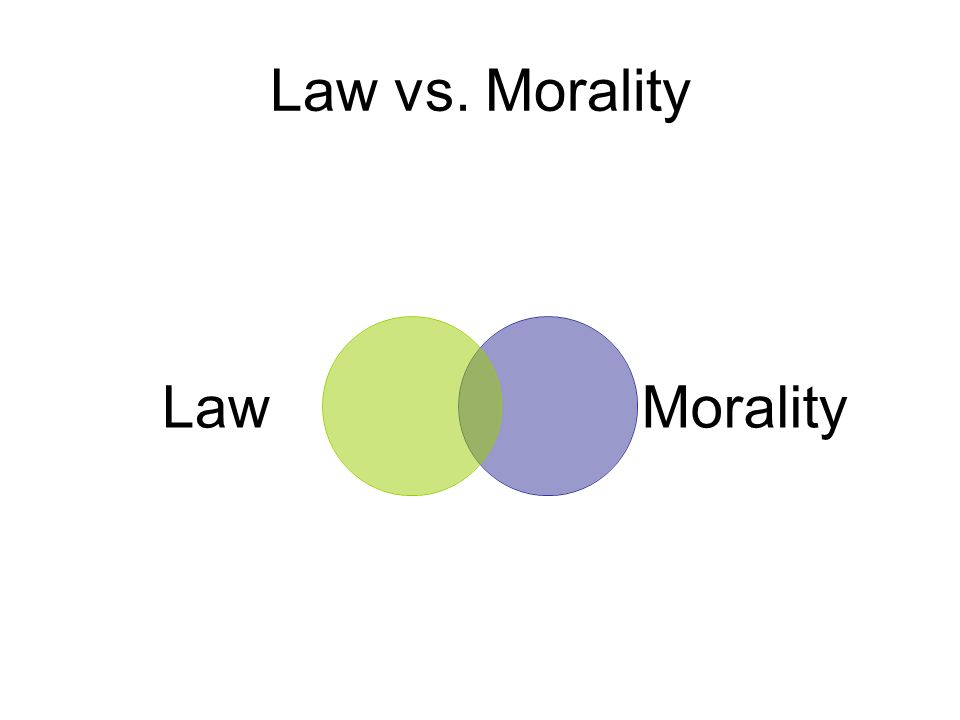 Law is enforced by the government and its disobedience is visited with punishment. Behind it is the sanction of force. The violation of a rule of morality, on the other hand, does not mean physical punishment, although it may mean social disapprobation, which may be severer in consequences than even physical punishment.

Moral condemnation may socially damn a person, but it does not mean physical punishment. The sanction behind morality is that of public censure. Law is, thus, a matter of force and morality is the subject of conscience. A law remains a law, whether we like it or not. It is law even if it is immoral and we have to obey it.

Law is universal in character. There can only be one body of law within the State and applicable to all, without exception, in identical circumstances. Morality is individual and it differs from man to man. My morality differs from my son’s; it is the imperative of the individual’s heart or his conscience.

The ethical appeal is always to the individual’s own sense of what is right or wrong and, in the last resort, to his sense of what is good and evil. This sense of right or wrong may appear to be “the product of custom and social training, but as a principle of conduct it is the ‘self-legislating’ of a responsible person, choosing in the consciousness of his own liberty the means and ends of welfare.”

Again, law is superior to morality in definiteness and consistency. Law is precise and certain, with chapter and verse given, because of its universality Morality is characterised by a certain amount of vagueness and uncertainty because of its individuality; it may even differ from man to man.

Moral laws prescribe absolute standards of right or wrong, justice and injustice. But law follows standards of expediency. What a law prohibits may not be an immoral act. Driving on the right is a social danger and is prohibited by law. But it is not immoral, though it is illegal. There are many things which may be immoral and yet not illegal.

To bet on the race-course or to play poker in a club may be immoral, but neither of the two is illegal. There is, thus, a legal conscience as well as a moral conscience, and they do not always coincide.

The State makes some laws which are based upon expediency and convenience rather than on the standards of morality. Likewise, laws of the State may take no cognizance of moral rights.

The State guarantees only the enjoyment of civil rights. It is my moral duty to support and serve my parents, since parents possess a moral right to demand this much consideration from their children. If I am not alive to my moral duty and prove an undutiful son, the laws of the State cannot force me to become dutiful. There is nothing to coerce me legally.

It will, thus, be clear that law does not and cannot cover all the ground of morality. “To turn all moral obligations into legal obligations would be to destroy morality.” Nor can the State dictate morality, for State-dictated morality is no morality.

For example, a law may be enacted ordering every citizen to go either to a gurdwara or a mosque or a mclndir every morning. If I disobey the law, I can be forced to obey it. But it does not mean that I become a moral man by going to a religious place. Morality is the subject of conscience and a matter of conviction. It cannot be forced upon anyone.