The snake charmer belongs to the wandering class of people. He earns his bread by his shows and feats which we cannot do.

He goes from town to town and does not stay at one place for a long time.

The snake charmer puts on a peculiar dress. He wears a large tutsan, a loose kurta and loose tehmad.

You can see large rings on his ears and steel bangles on his wrist. He carries two baskets with him hanging on the ends of a long bamboo.

He has a special type of flute with him. When he enters a town he goes on playing upon his flute.

The children hear the music and follow him to see snakes. They persuade their mothers to stop him and show his programme.

Then the snake charmer sits down on the ground and puts his baskets before him. He plays upon his flute for some time and then opens the basket. There are a number of snakes coiling together. 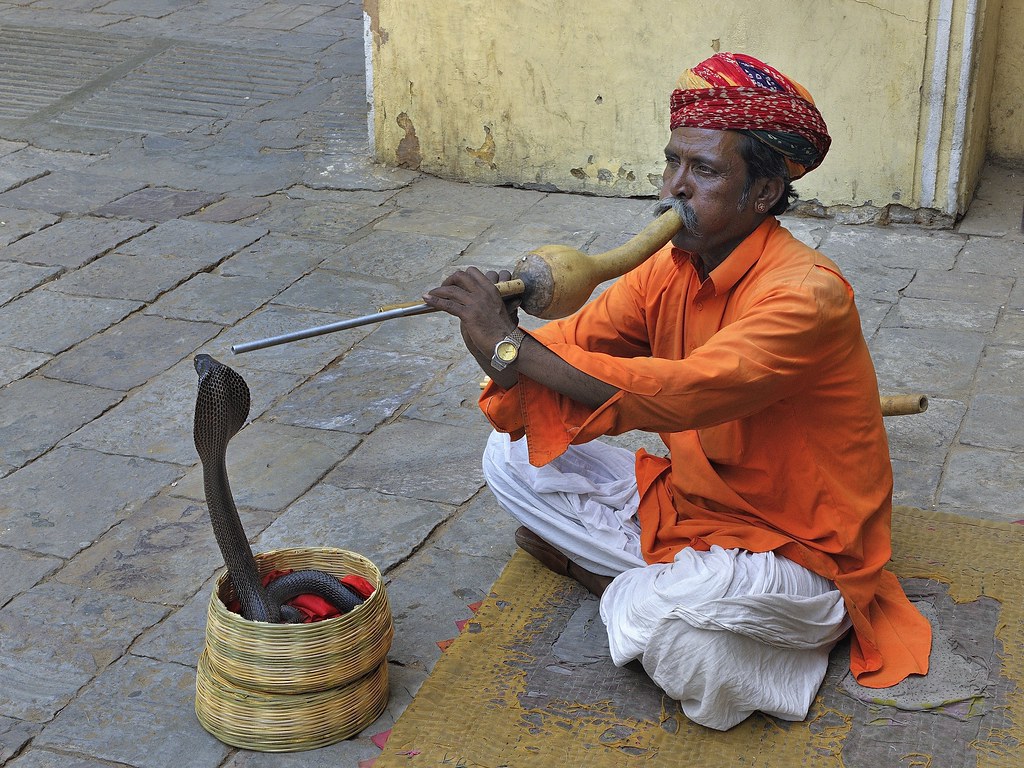 He touches one of the snakes on the head and the snake at once raises its hood. It begins to swing from side to side as the flute moves this way or that way.

When the snake charmer takes his hand or flute very near to the snake, it strikes its hood furiously and makes a hissing sound.

The snake charmer shows his snakes one by one. They are of different colours and sizes. He sometimes lets them to crawl on the ground.

This makes the children run away. Sometimes he puts a snake round his neck, then he goes from man to man begging for some amount of money. He talks to snakes and they seem to understand his hints.

Every snake-charmer says that he knows the mantras to bring a snake under his control. It does not seem to be true.

Of course, he keeps some herbs with him which snake fears and which makes it gentle. He also knows the art of catching snakes.

He takes out the poisonous teeth of the snake. The cobra is really a dangerous snake but without teeth and poison bag, he can do no harm to anyone.

The life of a snake-charmer is full of adventure. His life is always in danger. When a snake charmer fails to catch the snake at the right time, the snake bites him and he dies. Thus the snake-charmer de­serves our sympathy.