Reasons for its Constitution :

Under Section 84 of the Government of India Act of 1919, a statutory commission was to be appointed at the end of ten years, to determine the next stage in the realization of self-rule in India.

British Government announced the appointment of a Royal Commission under the chairmanship of Sir John Simon in November 1927 to review the fitness of India for further reforms, to investigate India’s constitutional problems and make recommendations to the government on the future constitution of India. 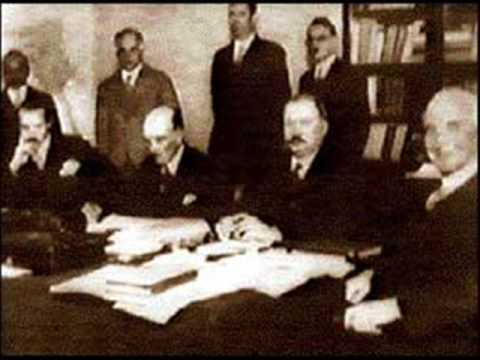 The decision was also influenced by the political situation in England. The government officials feared that Britain’s Labour Party might come into power by 1929, the year for review of reforms in India.

They apprehended that a commission appointed by Labour would be overly sympathetic to the demands of Indian nationalism. To forestall this possibility, the Conservative Government abruptly appointed the commission.

None of the 7 members of the commission were Indians so it was also called All White Commission.

The ‘all-white’ composition of this commission implied, apart from a crude display of racial arrogance, that the British did not find any one among the Indian public men fit enough to serve in a body that would make recommendation about India’s political future.

In the appointment of this commission the British Government had not only refused to listen to the Indian opinion on a subject which concerned them most, it was also guilty of casting a slur on the competence of Indians who were by implication viewed as unfit to make a constitution for themselves. This unfair and insulting maneuver was universally condemned in the country.

All parties became convinced that they must patch up their differences and present a united front to the British. Congress took the lead in organizing opposition to the Simon Commission.

At its Madras Session in December 1927, Congress resolved to boycott the Commission ‘at every stage and in every form’.

At the same session another momentous step was taken. For the first time Congress came out in favour of complete national independence.

Therefore, the Congress, along with other parties like the Liberal Federation, Muslim decided to boycott the Commission. However, there was a clear split in the Muslim League.

Muhammad Shafi, who wanted to cooperate with the Commission, decided to convene a Muslim League session in Lahore in December 1927. The other faction led by Jinnah stood for the boycott of the Commission.

This faction held a Muslim League Session at Calcutta and decided to form a subcommittee to confer with the working committee of the Indian National Congress and other organizations, with a view to draft a constitution for India.

The boycott, as the later events showed in 1928, was tumultuous even in the face of brutal governmental repression.

On 3 February, 1928 when the Commission landed in Bombay it was met by ‘Go Back Simon’ banners and black flags.

The visit of the Simon Commission had brought to the forefront the issue of the type of constitution or the kind of independence that India should obtain for itself.

Challenge to Indians and its Outcome :

In such circumstances the Secretary of State for India, Lord Birkenhead threw a challenge to the Congress leaders to produce a constitution.

The challenge was taken up. A draft of constitution was drawn up under the chairmanship of Motilal Nehru. Hence, it was called Nehru Report (1928).

Finally, it was presented at Lucknow in August 1928 at an All-Parties Conference. The Nehru Report provided for responsible government that is, supremacy of a popularly elected legislature over the executive, which was supreme in British India.

The Report also provided for a bicameral, sovereign Parliament, with the same autonomous power as enjoyed by the Dominion Parliaments within the British empire such as Canada or Australia.

The All-parties convention met at Calcutta, just prior to the Annual Congress Session there, in 1928 to ratify Nehru Report.

The Congress (All India Congress Committee, AICC) met at Calcutta in December to discuss the Nehru Committee Report on the dominion status for India.

Ali brothers opposed the report and declared not to participate in any joint meeting of Hindus and Muslims, if the report was accepted. Jawaharlal Nehru, Subash Chandra Bose and Srinivas Iyengar were totally against the idea of dominion status.

Motilal Nehru was reluctant to preside unless he was sure that his report would be endorsed. Gandhi played the role of a mediator.

He suggested that the report be accepted provided the British Government approved the constitution latest by December 1929 (within a period of one year).

In the event of non-acceptance of the report, it was resolved that, at the next session at Lahore the Congress would give a call for a new Civil Disobedience Campaign.

Muslim League also held its session at Calcutta at the same time. But it could not take any decision on the Nehru report because of the confusion in the Congress rank and file. Mohammed Ali Jinnah did not accept the Report. He put forward his suggestions as Fourteen Points.