The advocates of the proportional system praise it for its mathematical accuracy in reflecting popular opinion and consider it the most democratic and just method of election.

It is a device which ensures representation to all parties, big or small, and that, too, in proportion to their voting strength.

The parliament in this way becomes a mirror of the opinion of all the people. Lord Acton has observed that the method of proportional representation “is profoundly democratic, for it increases the influence of thousands who would otherwise have no voice in the government; and it brings men more near an equality by so contriving that no vote shall be wasted and that every voter shall contribute to bring into parliament a member of his own.” 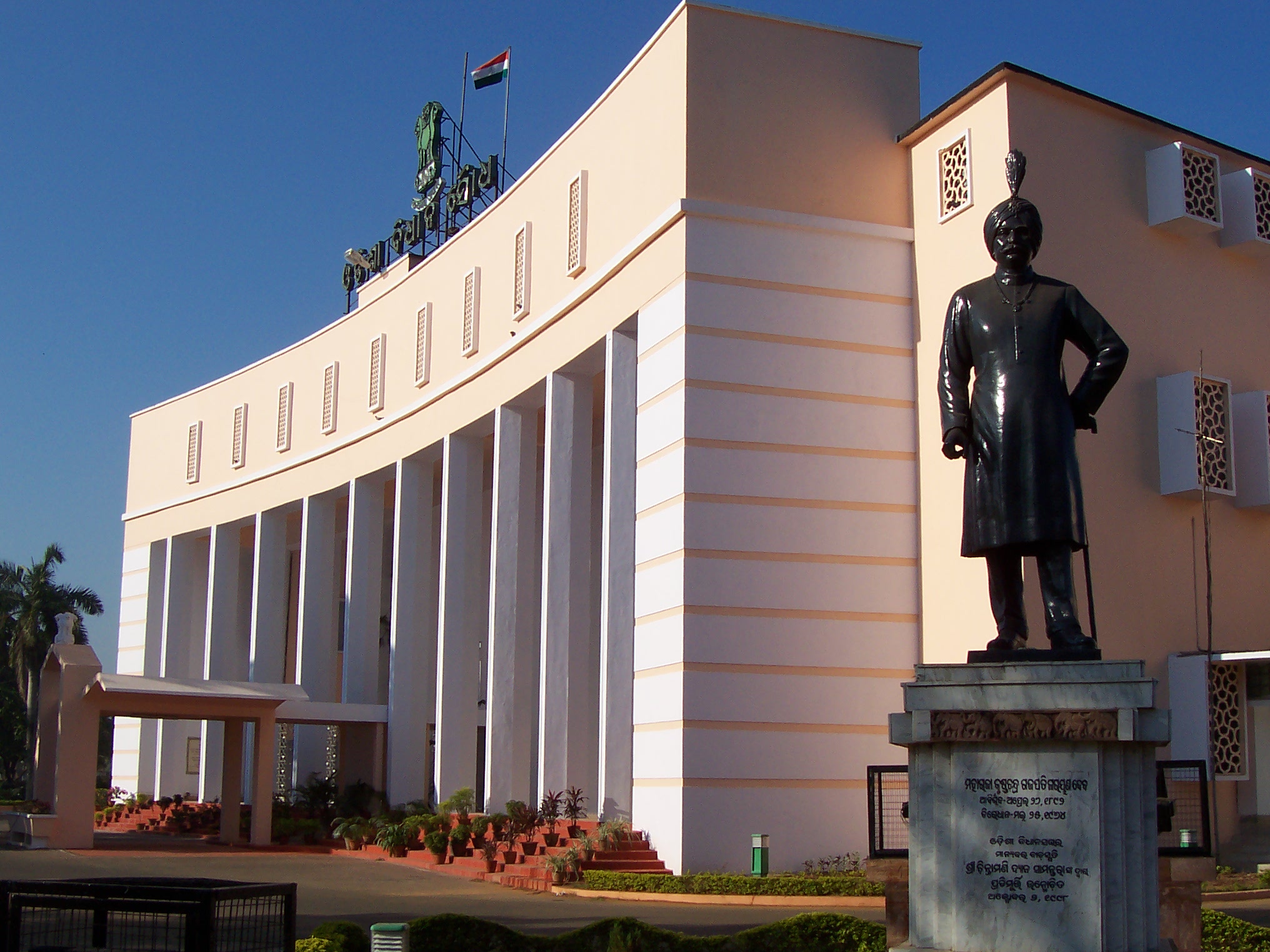 It is here that democracy really works as a government of the people. Proportional representation gives to minority parties a sense of security and political contentment. The Hare System gives every elector a real representative for whose choice he alone is responsible.

The representative is not a normal representative chosen by others. By giving him a first or second preference the elector has actually willed him to remain the custodian of his trust and while reposing that trust in him he might have paused and thought over the suitability of his choice.

This political intelligence in the electors carries two advantageous results. In the first place, it develops civic interest, and, secondly, it helps to elevate the character of the legislature by securing the election of more enlightened and distinguished representatives.

Moreover, proportional representation “recognises the nature of modem political parties as based, not altogether on sectional divisions but on social and economic problems of national scope.”

When all the shades of opinion are effectively represented, the social and economic problems confronting the country get a wider and really representative base for solution. Single- member constituencies return candidates submerged in local and regional affinities and interests and, accordingly, they offer no national solution of the problems.

Besides providing representation of important minorities representing diverse interests, proportional representation possesses the merit of getting rid of difficulties as to the size and structure of constituencies.

“As long as the population shifts, periodic readjustments of the boundaries of electoral districts are necessary if gross injustices such as the rotten boroughs are to be avoided. In the United States that problem is a familiar one through the recurrent struggle over reapportionment.”

It must be conceded that single-member constituencies usually show considerable maladjustments in the size of the electoral districts.

Worst of all, it lends itself to the practice of “gerrymandering,” that is, the process by which the party in power may draw the boundaries of the electoral districts in such a way as to crowd large percentages of the opponents into a few constituencies, and then so divide the rest as to give your party a majority.

This is, however, problematic. A really cogent argument offered by Keith is that the “margin of unattached votes, the swing of which usually decides the fortune of elections, shall diminish to insignificance.”

But the political efficacy of proportional representation is seriously questioned wherever it has been tried. Laski is of the opinion that the difficulties of the modern State cannot be remedied by reform of electoral machinery.

These difficulties are mainly moral in character and should be met “by the elevation of the popular standard of intelligence and the reform of the economic system rather than by making men choose in proportion to the neatly graded volume of opinion”.

The system of proportional representation has, indeed, failed to improve the standard of public life, because it breeds small parties and groups which make it impossible to obtain coherent public opinion.

Proportional representation has, in fact, been an effective agent of ministerial instability. It makes impossible the broad large majorities on which effective government is based, and turns every government into a precarious combination of group representatives liable at any time to be withdrawn by their patrons.

Where every party is ensured representation, vested interests help in creating new parties. The mushroom growth of political parties with incoherent public opinion ultimately means the failure of the parliamentary system of government and shaking of the people’s faith in democracy.

The Republic of Ireland adopted the single transferable vote system of proportional representation which the British Proportional Society had so long been advocating. In the General Elections of 1948, no party received a majority and the choice was between a minority and a coalition government.

The coalition government was formed, combining all groups, with 79 votes as against the largest party’s 68. Some writers and statesmen hold proportional representation responsible for the collapse of the German Republic of 1919. At one time there were thirty political parties which contested the Reichstag election.

Dicey points out that the mathematical representation of all sorts of opinion is highly objectionable, for there may be an opinion which may be bad, foolish and even undesirable.

Taking an extreme example, he asks, would it be desirable to have an advocate in parliament of those who have extreme hatred of the Jews? Dicey also holds that the more you make the system of election complicated and difficult, the more you throw the voters into the clutches of the party agents and wirepuller’s.

Nominations, especially under the List System, may become the preserve of entrenched party elites or bosses, over which even the party “people” have very little influence.

When the party leaders settle the lists of names, they can demand unconditional allegiance from the successful candidates. The result is that the attention of the representatives is directed to and concentrated always on the party machinery more than to the constituency. The intimate contact between the voter and his representative is eliminated.

A good electoral system should enable the candidates to be known to the electors in a genuine way, and after elections the representatives must remain closely connected with their constituents so that a personal relation develops between them.

But the system of proportional representation destroys any prospect of personal relations between the member and his constituents; he would simply become an item in a list, voted for almost entirely on party grounds.

Further, the election campaign becomes less intensive, and more extensive, that is, “it does not occupy itself with the cultivation of the individual voter by personal appeals, but in the institution of monster demonstrations, like processions, in which the mechanical apparatus for making a noise or creating a diversion is predominant.” Nor does the system provide for by-elections.

A by-election is always the barometer of public opinion. If no opportunity is provided for the expression and realisation of changes in the public opinion, the legislature loses its representative character.

The system of proportional representation is sufficiently complicated and beyond the comprehension of an average voter. Under the Hare System counting and recounting of votes is a complex and tedious problem with the intricacies of preferences and transferring of votes. Moreover, it places voters at the mercy of the counting authorities.

In the List System there is an additional danger of corruption. Prospective candidates are tempted to use unfair and corrupt methods to get their names included in the party list. It also helps to increase the influence of party bosses and encourages party manoeuvring. The group managers arrange the original lists in such a way as to secure a majority for their own nominees.

On these grounds the bulk of competent opinion is opposed to the introduction of proportional representation. Laski says that its alleged better representation of national opinion is doubtful. He does not agree with the opinion that in a single-member constituency the minority remains unrepresented while in the proportional system this danger is adequately met.

Laski fully agrees with Herman Finer that the “horizon of a minority is not limited by the boundaries of a constituency.” Political decisions are not made by an arithmetical process of counting votes.

“More urgent is the weighing of influences that take place in the law-making process. And minority views may find adequate institutions therein for the expression of their opinions and desires.”

The late Professor Esmine, an eminent French jurist, condemns outright the system of proportional representation. He says, “To establish the system of proportional representation is to convert the remedy supplied by the bicameral system into a veritable poison; it is to organise disorder, and emasculate the legislative power; it is to render cabinets unstable, destroy their homogeneity, make parliamentary government impossible.”

The system has now been incorporated in some of the modern constitutions and it is a convincing proof that proportional representation does attempt to remedy some of the evils from which the body-politic suffers. Even in Britain, where the two-party system virtually exists, it has found due recognition.

The Government there offered a proposal to parliament, in October 1940 and renewed it in October 1941, that “it will be the desire of His Majesty’s Government when a General Election again becomes practicable to give sufficient notice for the creation of a new register, and this interval will also afford opportunity for parliament to consider, if it so desires, questions connected with changes in our electoral system.”

The proposal did not materialize, but the question of introducing the method of proportional representation is not off the cards. The Leader of the Liberal Party, after the General Election results in October 1964 as well as in 1974, declared that he would press for its introduction. That has not happened.

Some countries which adhere to the system of proportional representation have tried to eliminate its shortcomings through special devices. In West Germany, for instance, a “5 per cent clause” denied any representation in the legislature to parties failing to poll a minimum of 5 per cent of the votes.

This successfully prevented the formation of splinter groups. In fact, all but two or three parties had tended to disappear from the political arena and the voters rallied, as under the single-member constituency, to only the largest groups. But this device takes away the essence of proportional representation that minorities will be represented in proportion to their strength.

In France, Belgium and Scandinavia the voter has been allowed to change the order of the candidates on the list, that is express a personal preference. But this, too, does not solve the problem.