India is a nation in the making with a society in transition which has various strands of social groups either in conflict, or in temporary alliance with each other.

The conflict has sometimes been summarised as ‘Bharat’ versus ‘India‘, where ‘Bharat’ represents the vast disadvantaged sections left behind bearing the brunt of social exploitation, and ‘India’ symbolises the people who are on the path of progress, having access to resources, information technology and are a part of the global village.

The bitter lessons of partition and the stinging implications of the two-nation theory enunciated by Jinnah had led to the conclusion that the survival of India as a nation-state depended on the adherence to a set of political values having a universal rather than a partisan appeal. The idea of separating religion altogether from public life, however, was considered too Utopian a solution. 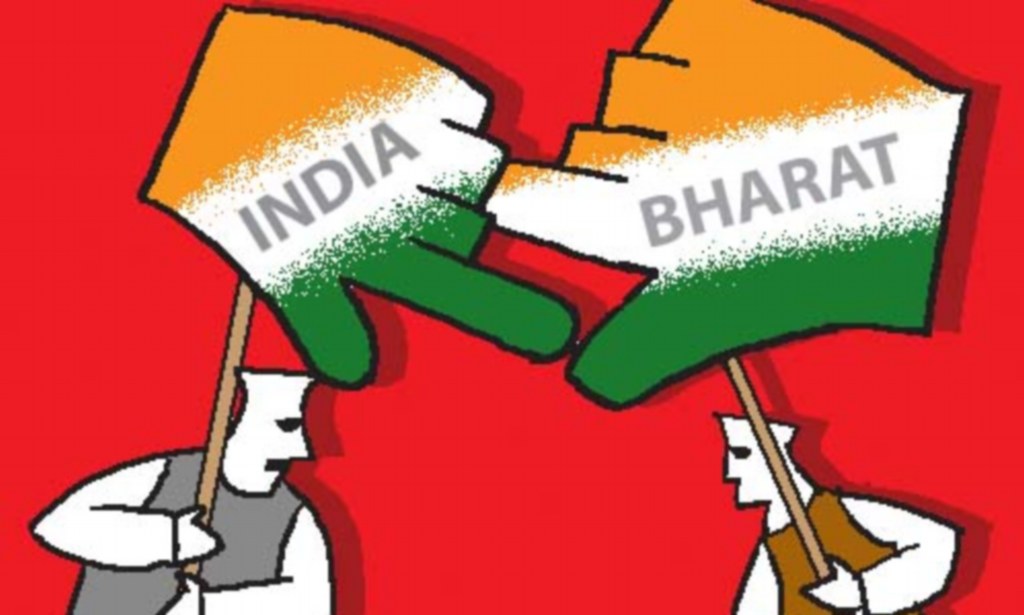 Since religion is an inalienable part of public life, the more viable solution was the separation of the state from all faiths and providing freedom for the profession of diverse forms of religious practices.

This alternative was adopted by the framers of the Constitution and they stipulated that the attitude of the state towards religion should be one of neutrality and equal treatment should be given to all faiths. The fundamental rights forbid any kind of discrimination on the basis of religion.

Thus, national unity was sought to be maintained through the constitutional way which provides for federal structures to harmonise centre-state relations.

Political unity was envisaged even while providing space for regional parties to balance loyalty to region and religion and loyalty to the nation. Social unity was to be fostered by accommodating cultural diversity.

Notwithstanding all this, communalism has been reinforced in many ways. Communalism operates at different levels— ranging from influencing individual relations and interests to determining local, institutional and national politics to causing communal riots.

In other words, it could range from being a state of consciousness of an ideology or competition for scarce resources to being an instrument of power. The selective appropriation of the cultural past, for instance, symbols from a particular era, is a communal attempt to carve out nationalism from particularism.

Since independence, most political parties have carefully carved out for themselves combinations of support bases in which the units of mobilisation remain principally caste, religion and linguistic groups. In the last two decades, we have witnessed the rise of militant fundamentalist organisations.

The reasons for the growth of these organisations can be traced back to the days of partition wherein the fears of being a minority and leading a ghettoised life developed. It is equally important to note that communalism of any kind shows contempt for plurality of views—whether within the religious group or among other religious groups.

On a different plane, several social service institutions, especially religious ones, have institutionalised communalism by openly following practices sometimes objectionable to members of other communities.

Moreover, increasing communal violence can also be seen as a means of protest or a demand for political space. It can also be seen as a reaction against the slow breakdown of a degenerated system and the inability of the ruling groups to create a new system which can incorporate the aspirations of all.

The move to free Indian education system of its colonial and Western hangover and to make it more value-based has long been a dream project of educationists. This is more so when it is felt that English medium school-going children show poor knowledge of Indian classics, languages and mythology.

But since education is a source of cultural socialisation, any attempt to straitjacket it by bringing state-sponsored textbooks is bound to be viewed with suspicion, especially in an already polarised environment.

Yet, the question is—should the BJP-led government alone be blamed for its project to revise the textbooks and make the rendition of a particular ‘prayer’ in schools compulsory? Under the Dravidian party regimes in Tamil Nadu rewriting of history books took place in the state.

The so-called eminent ‘secular’ scholars have over emphasised the role of the Indian National Congress and the Nehruvian notion of India in NCERT textbooks. The non-BJP political parties have lost their moral authority by not condemning the inclusion of “Laloo Chalisa” in the school textbooks in Bihar. These give ammunition to rightist offensives to communalise education.

When a cultural identity takes a political form, differentiations between ‘we’ and ‘they’ get sharper and hardened. In the process, prejudices become pronounced and boundaries for interactions are redrawn.

While on the one hand, commonalities between different communities are ignored, on the other, internal socio-cultural differentiations within a particular group are underplayed by religious leaders to carve out a unified monolithic religious identity. Towards such an end, symbols are evolved and history is reinterpreted.

Thus, norms of integration, if lopsided, result in political tension and insecurity which lead to demands for cultural self-determination and complicate the already existing problems in a heterogeneous state like India.

The demolition of the disputed Babri Masjid on December 6, 1992 has taken the issue of secularism out of the realm of the state and intelligentsia, into the civic forum. Now the issues are: what constitutes secularism and what is the difference between religiosity and fundamentalism?

In a country where several religious groups co-exist, secularisation of politics can take place by sustaining participating democracy to ensure bargaining and consensus.

Participating of people on a large scale provides legitimacy to governmental authority and helps in subordination of primordial loyalties to civil authority.

There is a need to promote social harmony between various communities. But this should be managed by multi­cultural and multi-religious committees at the societal level rather than by the state structures such as the National Integration Council.

Education, apart from being value-based, should be made relevant to the present context and contain elements of secularisation and scientific and rational thinking.

Essay on Politicians and Law
Politics and Religion – Essay