Growth Rate is faster in the Developing Countries:

About three fourths of the world population lives in the developing countries. The UNO has estimated that world’s population grew at an annual rate of 1.4% during 1990-2000. But China registered a much lower annual growth rate of population [that is, 1%] during 1999-2000, as compared to India [1.93%]. In fact, the growth rate of China is now very much comparable to that of USA [0.9%]. 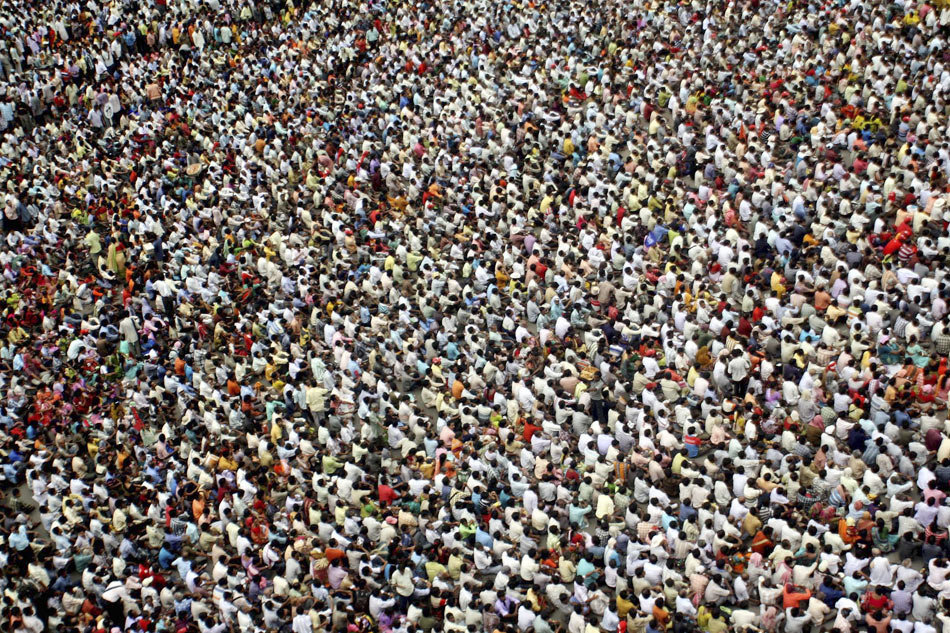 The salient features of the world population growth at a glance are as follows:

(i) Approximately 95 per cent of this growth is occurring in developing countries.

(ii) Currently, one third of the world’s population is under the age of 15 and will soon enter the reproductive bracket, giving more potential for population growth.

(iii) The UNFPA estimates that world population is most likely to nearly double to 10 billion people in 2050, peaking at 11.6 billion reaching 20.7 billion a century later.

The world population is indeed, increasing at an alarming rate. This speedy growth of population is one of the greatest obstacles to the economic and social advancement of the majority of people in the underdeveloped world.

Is India Over – Populated?

Population Itself is Not a Problem:

Population, if manageable and efficient, is an asset to any country. It is the index of its inner strength. It leads to a better and fuller exploitation of its natural resources. But if it becomes unmanageable, it eats into the vitals of the nation and becomes an evil.

A large size of population by itself must not be confused with overpopulation. A country is over-populated or under-populated in relation to its area, resources, and their utilisation.

At the present stage of her economic development, there is little doubt that India is over-populated. India’s population is about one-fifth of the total world population. Population has become a socio­economic problem for India. The following facts would fortify this.

Some Important Aspects of the Growth of Indian Population:

4. India is just two-fifth of the USA, but India’s population is more than 2 and a half times the population of the USA and USSR put together.

5. India’s population is equal to the total population of 55 countries of Africa and Latin America.

8. India, it is remarked, adds one Australia [that is the population of Australia] to its population every year.

The Reality of Population Explosion:

The year 1921 is called “the year of the great divide” as the growth rate after this has been very sharp. After 1911-21, the decade between 2001 -2011 is the first decade to witness a reduction in the rate of population growth.

The following test makes it evident that India is over-populated:

1. The rate of population growth in India is abnormally high, that is 1.76% per annum according to 2011 census report.

2. The rapid increase in population is eating away the fruits of the Five-Year Plans.

3. Per capita income of India is extremely low in comparison with that of many other countries.

4. The country is not able to provide for the minimum requirements of its people for the population is too large and the production too less.

5. Population growth has created problems such as unemployment, illiteracy, poverty, beggary, housing problem, ill-health, etc., which are not met with.