Essay on Evaluation of Weber’s Contributions to Sociology – Weber’s contribution to the development of sociology and social thought has been enormous. He wrote on several issues and topics of sociological interest. In all his writings he has tried his level best to maintain his objectivity, neutrality, analytical approach, historical insight and scientific fervour.

The fundamental elements of sociological investigation for Weber are, “typical social ac­tions. ” Social action or even the single individual is the basic unit of society according to Weber. He never entangled himself with the problem of the relationship between the individual and society. “He convincingly denied the existence of any predominant determinant of social change.” He laid emphasis on “rational action” and stressed “the role of ideas in social life.”

According to Prof. Timasheff, Max Weber could be considered one of the greatest sociologists of the 20th century for the following reasons: 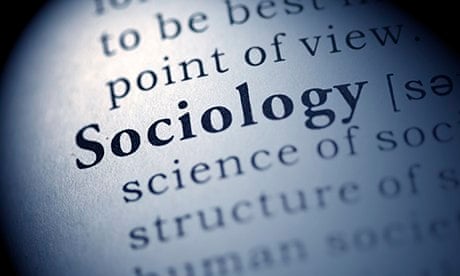 (1) He has made “painstaking study of concrete social situations and processes that must form the foundation of any adequate sociological theory.” He has furnished vast wealth of material in his writings which are of great help to any sociologist.

(2) Weber has helped “to make clear the significant role of values in social life.” He also empha­sised the necessity of keeping social science value-free.

(3) He has “demonstrated that much can be achieved by using the “ideal type” procedure in social science.”

(4) He has contributed greatly “to the understanding of social causation” in human affairs.

It would be in the fitness of things to call Max Weber our contemporary. The books he wrote the problems he raised the issues he interpreted and the propositions he established would continue to be points of references for the students of sociology in the generations to come.

As Raymond Aron has pointed out, “whether one considers comprehension, or the ideal type, or the distinction between value-judgement and value-reference, or subjective meaning as a proper subject for the sociologist’s curiosity, or the contrast between the way writers have understood themselves and the way the sociologist understands them, one is tempted to multiply the questions, if not the objections.”

As Raymond Aron has remarked Weber was a man who was asking to himself the ultimate questions – “the relations between knowledge and faith, science and action, the church and prophecy, bureaucracy and charismatic leader, rationalisation and personal freedom………” More than that he was a man with great historic erudition who “searched all civilisations for the answers to his own questions”

Weber has also been criticised:

(i) Weber’s tendency “to explain social reality in terms of individual motivation blurred the line between sociology and psychology.”

(ii) As Prof. Timasheff has regretted, despite his achievements, Weber did not leave a “school of followers”. Probably Weber was not bothered about it. “In keeping with the norms of science and scholarship, he sought the truth, not followers.”

(iii) As Raymond Aron has pointed out one cannot be sure whether Weber’s practice always corresponded to his theory. In the same way, as Aron says: “It is doubtful that Max Weber refrained from all value-judgement…….” It is still more doubtful that “Value reference” and “Value judgement” are radically separable – as he made them so.

In spite of the criticism made on Weber and his ideas, Weberian sociology is still alive. Though Weber did not leave behind him a school or a set of followers, Parsons and his followers in America have become his unclaimed followers. Parsons has translated some of Weber’s works into English and in his theories one easily notices the strong impact of Weberian thoughts.