Any a young bride has been sacrificed at the altar of the Dowry system. It is a social evil which needs to be eradicated from our society.

We feel proud of being Indians but certain social evils, which prevail in our society, under the garb of traditions, make us bow our heads in shame.

In spite of increase in the literacy rate, education and modernization, we have still not been able to eradicate this social evil from our society. It is still used by greedy parents of the bridegroom to extort as much as they can from the helpless parents of the bride.

This is the story not only of the remote villages and certain backward communities but also of the lower middle class land educated families in the urban areas.

Even today, in modern India, daughters are gifted furniture, crockery, [electronic items, jewellery, personal items and cash at the time of I marriage. Many parents also gift expensive items like cars, bungalows, flats[etc. in order to ensure the security of their apple of the eye. In many communities the dowry is proportionate to the qualifications of the bridegroom. 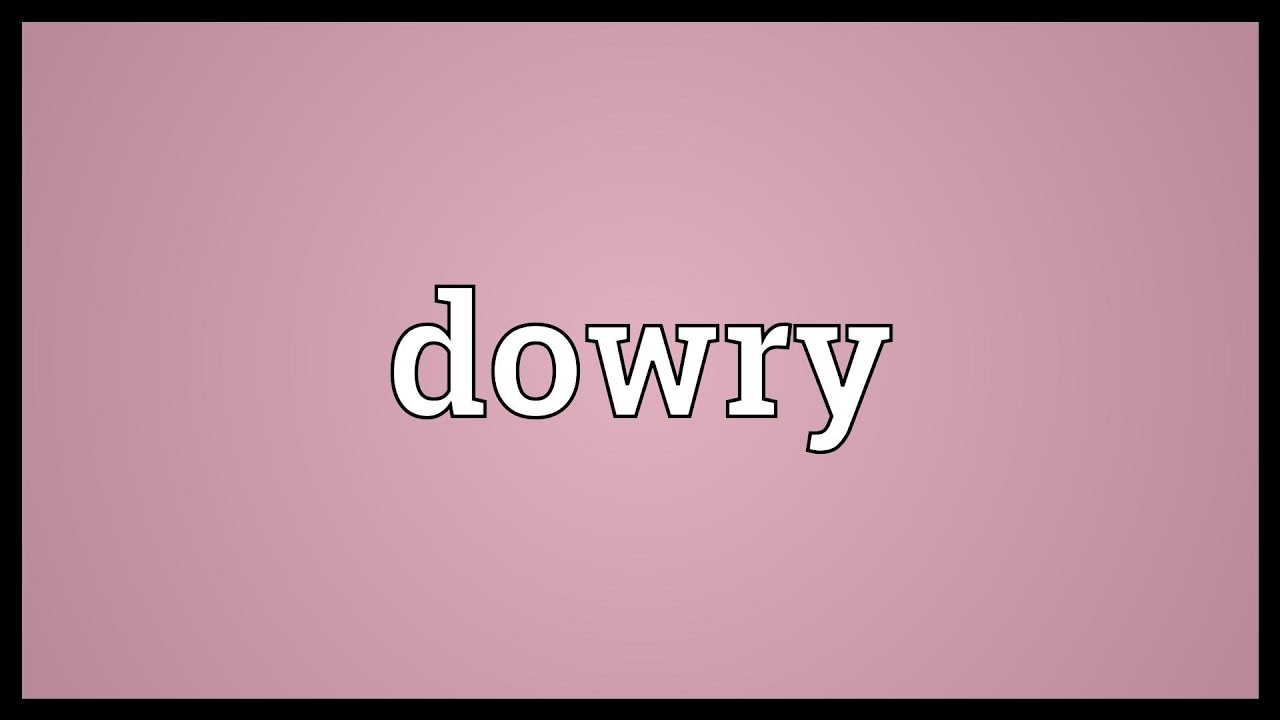 In other words, marriage is an occasion for blatant selling of the bridegroom. The irony is that such gifts at the time of marriage are regarded as customary and a part of the Hindu marriage ritual. It is not looked down upon by the [society rather in many communities, exhibition of the dowry, is a part and parcel of the marriage ceremony.

No doubt, with legislative reforms, education and awareness among girls, there is some change in the mind set of people but a lot more has to be done to crush this social evil. Initially, dowry was given to support a new couple, who were starting their married life but with the passage of time, the essence was lost and greedy in-laws started exploiting it to their advantage.

Such was the effect on the society that girls instead of feeling safe and secure because of the rich dowry, which they brought with them at the time their marriage, become more insecure as greed has no limit and demand are unending.

I am net insinuating that there has been no improvement in our social but more has to be done. Recently the Gurudwara Committee had impose restrictions on the Sikh Community on the expenditure incurred marriages but they were not successful in checking the desire to flu wealth on the occasion of marriages.

The rich and affluent use this occasion for utilizing their black money and impressing their friends, relative’s aid in-laws with their lavish spending. As a matter of fact, marriages, on a grand scale, have become a status symbol, today. The most affected are middle, salaried class and the lower income group, who in a bid to imitate the rich, spend their life long earnings, and at times also fall victim to the debt trap.

To conclude, there is a need to have strict laws enacted against the dowry system and enforcement of the same ensured. There is always resistance to change thus it will have to be forced upon the rich.

Moreover parents have to understand that their daughters are strong enough to earn their own livelihood and do not need to depend on their husbands. They should not consider their daughters as a burden and ‘paraya dha’ for in today’s modern India daughters can support their parents just like their sons.

The youth also has a major responsibility in cleansing the society of this evil. Especially all young men should take a pledge not to accept dowry of any kind and encourage marriages which are simple, entailing least expense.

Last but not the least, if domestic violence and bride killing has to stop then women will have to know their rights and assert themselves, too, after all, you are what you let yourself be.