Ever since its birth in 1947, Pakistan has been indulging in proxy war and brinkmanship against India. ISI and army in Pakistan are very powerful and enjoy much independence so much so that has been dictating terms to its Prime Ministers. These establishments never want India and Pakistan living in peace and harmony.

Under the Gujral Doctrine India has initiated bilateral talks and dialogue with Pakistan on outstanding issues but ISI and army does not like it as it goes against their vested interests. Therefore, tension and fighting are escalated on the line of control to give the impression to the world that India is to blame for all this and that she is not genuinely interested in the bilateral peace process and settlement of outstanding disputes.

The recent firing and shillings of Indian civilian targets in Kargil, Kupware, Ranbipura etc. are integral part of this strategy of Pakistan as it wants to internationalise the Kashmir issue. The recent frank statements of Bill Clinton of no intention to interfere in the Kashmir issue, and Washington’s declaration of the Pakistani supported insurgent outfit Harkatul-ansar as the terrorist organization have further increased Pakistan’s desperation and frustration. 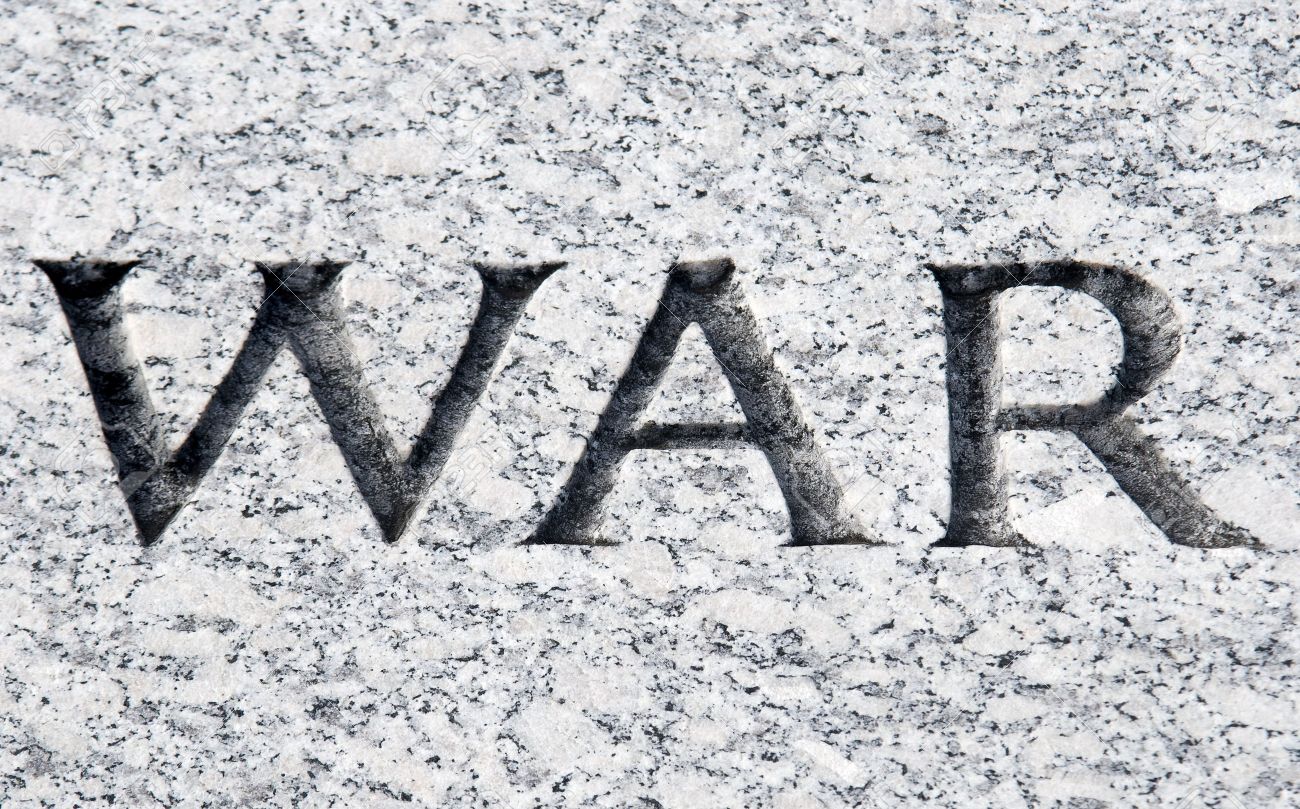 India’s strong possibility of getting a permanent seat in the UN Security Council has further added to Pakistan’s woes. It is the light of these latest developments the Pakistan’s escalation of proxy war and brinkmanship against India should be viewed.

Pakistan’s proxy and brinkmanship against India are nothing new. These have been there since two wars when Pakistan came into being following the partition of India into two Nations. Ultimately Mohammed Ali Jinnah had succeeded in satisfying his over ambition by having his ‘month-eaten Pakistan’.

Since then Pakistan has been in constant hostility with India and has waged two wars terminating in her much humiliation and defeat. And yet she is persisting in her brinkman ship and proxy war. These are again being pursued with renewed vigour and enthusiasm but not without reason.

ISI and armed forces in Pakistan are very powerful and the Pakistani Prime Minister does not have effective control over them. On the contrary, Pak P.M. is at their bidding. Pakistani generals and the top brass at ISI are never happy to see India and Pakistan at negotiation table because it goes against their vested interests.

They feel alarmed whenever there is any purposeful dialogue between the two countries. Now and again, on such occasions, they try to create trouble on the border to make the impression that India is not genuinely interested in the peace process and is blocking the further progress in the matter.

The recent unprovoked fringe by Pakistani troops on Indian civilian targets like houses, shops, places of worship, school etc. in a couple of sectors along the line of control (LoC) should be seen in this light. The intention of Pakistani troops across the border is to keep the pressure on the line of control and last time to increase it at a level where Indian troops will be obliged to respond and retaliate so as to drag the situation further into worse.

Prime Minister I.K. Gujral’s recent visit to the US and his meeting with President Bill Clinton has brought an appreciable change in the American perception towards India. Consequently, the US Administration’s distancing itself from Pakistan has become quite pronounced.

Bill Clinton has categorically declined to intervene in the Kashmir issue and has advised Nawaz Sharif to settle the issue bilaterally with India. This advice has been a source of great discomfort to Islamabad.

Gujral’s meeting with Clinton was in the afternoon on the 22nd September for the duration of half an hour but there was no mention of Kashmir, Prior to this meeting Nawaz Sharif had already met Clinton in the morning and the meeting lasted for 30 minutes.

During this meeting Sharif harped on massive human violations in Kashmir, the threat of another full scale war between India and Pakistan if the US did not intervence in the Kashmir issue and soon. But Sharif’s brinkmanship and tirade against India did not succeed.

Naturally, Pakistan felt let down. But from India’s point of view America’s assertion not to interfere in kashmir issue was really realistic and reassuring. It provided a new chapter into the relations of the 2 great democracies of the world.

Of late there has been much improvement in Indo-US relations and consequently, India has become more and more foreign policy priority for Washington. The White House seems to have corrected its earlier till in favour of Islamabad.

Therefore, Pakistan has escaped the proxy war against India in sheer desperation. Pakistan’s army and ISI do not want that Indo-Pak Secretary-level talks should succeed or the peace process between the two should continue. Pakistan’s establishment has not looked favourably on Sharif s diplomatic initiative.

The earlier unprovoked firing in Kargil sector of kashmir in April by Pakistani troops was meant to coincide with the UN General Assembly session. And the present shelling which began on 30th September, 1997 was intended to sabotage the bilateral dialogue between the two countries.

Any escalation of hostility and tension on the borders means internationalizing the issue and Kargil is the best target because it is located on the strategic Srinagar Leh highway.

Besides Kargil, there has been exchange of heavy firing between Indian and Pakistani troops along the line of control in Uri, Kupwara, Nawgam and Ranbirpura sectors. In the meanwhile India’s efforts to normalize the relations with Pakistan are continued.

The Indian Prime Minister took the initiative to talk worth his counterpart ton 1st October on the hotline to discuss the tension. Mr. Gujral intends to keep alive and active the process of dialogue and bilateral discussions and the two Prime Ministers are likely to meet again and discuss issues of common concern at Edinburgh, Scotland where common wealth Heads of Government Meeting (CHOGM) is to be held and later at Dhaka in Bangladesh where a three-nation meeting is scheduled to be held.

This proxy war, brinkmanship and misadventure on the part of Pakistan are likely to continue for some more time in the present because Pakistan wants to send and push in filtrates into the valley before the heavy show begins to fall on the hills and the winter sets in.

They want to push in as many militants and mercenaries as they can in Jammu and Kashmir to carry out their terrorist activities. This is the only time when it can be done because soon the heavy snowfall will block the mountain passes.

The US has declared the Pakistan based terrorist outfit Harkat-ul-Ansar as terrorist organization, and the other extremist group Kashmir Liberation Front, again sponsored and supported by Islamabad, is under watch and may be soon declared a terrorist outfit by the US Administration.

This action of the US branding the Harkat as a terrorist group is although a belated one, and yet it is has gladdened the Indian establishment. Now, Pakistan finds itself in a very embarrassing position as it has amply proved and highlighted the Indian. The Indian that Pakistan was involved in terrorist activities in India.

The Indian belief that Pakistan has been providing official support to various terrorist groups has now been proved beyond any doubt. In such a frustrating and disparate situation, if firing and shelling by Pakistani troops are escalated further along the line of control, there should be no surprise.

There are certain political compulsions behind these firings and military skirmishes. The Pakistani economy has been in shambles and corruption has been boundless. Moreover, the war next door in Afghanistan threatens to enter into Pakistan. Therefore, Pakistani troops are escalated further along the line of control, there should be no surprise.

There are certain political compulsions behind these firings and military skirmishes. There has been long drawn out communal violence in Pakistan resulting in thousands of deaths and destruction of property on a large scale. The Pakistani economy has been in shambles and corruption has been boundless. Moreover, the war next door in Afghanistan threatens to enter into Pakistan.

Therefore, Pakistani rulers find it convenient to keep the LoC alive to divert the attention of the Pak public from its own failures and bungling. In the words of some experts the Pakistani leaders have turned the LoC into a lifeline for Pakistan. Unfortunately, Pakistan’s one point agenda in her relation with India is that of Kashmir.

Therefore, no Prime Minister in Pakistan, whether it is Ms. Bhutto or Mr. Sharif can afford to put the issue on the back burner. It also helps Pakistan to keep the Occupied Kashmir with it.

Perhaps it is the anti-Indian policy alone which has been keeping Pakistan seemingly united and integrated as a nation. But this obsession with India proves Pakistani leaders ostrich like approach to problems and their solutions.

After the loss and independence of Bangladesh, this obsession has become more ingrained and their sole focus has been on Kashmir. They want to keep the issue alive at any cost and dream of snatching the Kashmir valley from India, but it will remain just a pipe dream.