It is impossible to know the religions in India without understanding its religious beliefs and practices, which have a large impact on the personal lives of most Indians and influence public life on a daily basis. Indian religions have deep historical roots that are recollected by contemporary Indians.

The ancient culture of South Asia, going back at least 4,500 years, has come down to India primarily in the form of religious texts. The artistic heritage, as well as intellectual and philosophical contributions, has always owed much too religious thought and symbolism.

Contacts between India and other cultures have led to the spread of Indian religions throughout the world) resulting in the extensive influence of Indian thought and practice on Southern-east and East Asia in ancient times and, more recently in the diffusion of Indian religions to Europe and No America. 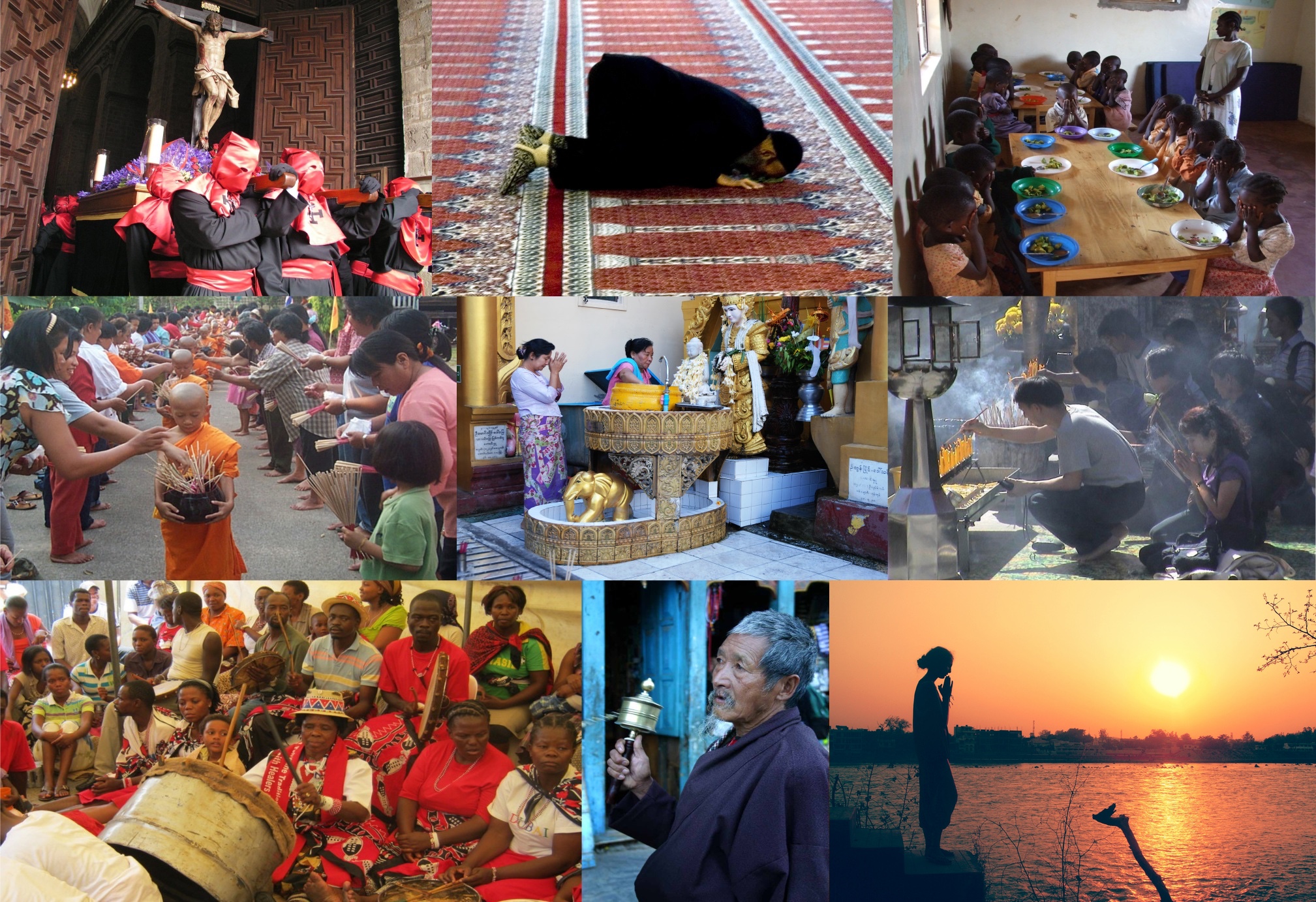 Within India, on a day-to-day basis, die vast majors of people engage in ritual actions that are motivated by religion systems that owe much to die past but are continuously evolving. Religion, then, is one of die most important facets of Indian history and contemporary life.

A number of world religions originated in India, and others that started elsewhere found fertile ground for growth there. Devotees of Hinduism, a varied grouping of philosophical and devotional traditions, officially numbered 687.6 million people or 82 per cent of the population in the 1991 census.

Buddhism and Jainism, ancient monastic traditions, have had a major influence on Indian art, philosophy, and society and remain important minority religions in die late twentieth century. Buddhists represented 0.8 per cent of the total population while Jains represented 0.4 per cent in 1991.

Islam spread from the West throughout South Asia, from the early eighth century, to become the largest minority religion in India. In fact, with 101.5 million Muslims (12.1 per cent of the population), India has at least the fourth largest Muslim Population in the world (after Indonesia with 174.3 million, Pakistan with 124 million, and Bangladesh with 103 million; me analysts put the number of Indian Muslims even higher-128 million in 1994, which would give India the second largest Muslim population in the world).

Sikhism, which started in Punjab in the sixteenth century, has Wad throughout India and the world since the mid-nineteenth century. With nearly 16.3 million adherents, Sikhs represent percent of India’s population.

Christianity, represented by almost all denominations, traces its history in India back to the time of the apostles and counted 19.6 million members in India in 1991. Small populations mostly concentrated on India’s west coast, represent Judaism and Zoroastrianism, arriving originally with traders and exiles from the West. A variety of independent tribal religious groups also are lively carriers of unique ethnic traditions